We are human first

In the Fall of 2020 an executive order in the U.S. instructed “all federal agencies to cease and desist from using taxpayer dollars to fund divisive, anti-American propaganda training that focuses on race theory and white privilege.”

The order came out just 102 days after the murder of George Floyd sparked protests around the world, drawing a renewed focus on systemic racism and other inequalities. It follows a summer of self-reflection during which CEOs of major companies took a public stand on the need for social change and how their companies would respond.

It’s quite a juxtaposition.

And yet while diversity and inclusion programs are mandatory in virtually every Fortune 500 company, the current administration is not the only one challenging the effectiveness of the present model.

Preparing for a recent panel discussion on diversity, I talked to experts in the field who felt programs that raise awareness and begin to level the playing field are important, but they are still missing the mark.

It seems we’re having lots of conversations, but not enough transformation; we are airing grievances without an action plan. Also, a big part of our approach has been to solve inequality as a math problem, too often confusing ‘how many’ of each race, gender, generation and (fill-in-the-blank) person we hire tells us ‘how well’ we’re doing in diversity, equity and inclusion.

“Today’s workforce is the most diverse ever – for everyone,” says Dr. Nicole King Smith, a generational expert who has worked with Fortune 500 companies, educational institutions, and professional development groups on diversity and inclusion, including how they recruit, hire, retain and promote staff, “People are expecting businesses do more than meet hiring metrics or check the box on management training.”

“There’s pressure on leaders to operate with a level of transparency and rigor,” says Tami Simon, founder of Sounds True and the Inner MBA, “People want to work for and support companies that are aligned with their values and they are demanding justice and equality.”

If you are a business leader trying to take right action – or a consultant or coach working to support clients on diversity and inclusion goals ­– how do you take the conversation deeper?

As human beings, we are driven to make sense of the world, to understand who we are and where we fit in a group. But more important than facts and figures, our brains are wired to turn information into storylines.

In their recent article quoted above, “Don’t Cancel Federal Diversity Training, Fix It,” Harmeling and Henderson also go on to say, “What does work is a narrative approach where employees lead with the stories of their lives.”

So yes, diversity education is important, but we can also use storytelling as a way to get below the surface where human motivation and meaning live.

Archetypes ­– the framework we use at CultureTalk – are simply human stories. Through assessments and self-reflection, we help individuals uncover their core Archetypes as a way of understanding their motivations, values, strengths, and blind spots ­– and organizations build stronger teams and cultures through Narrative Intelligence.

While we haven’t built a ‘diversity training curriculum’ per se, teams that adopt the Archetype framework are already sharing the stories of their lives and laying the groundwork for sustainable, positive, human change.

How can Archetypes deepen the diversity conversation? Here are 5 ways.

1. Archetypes remind us that we are human first.

We are accustomed to looking at diversity by skin color, ethnicity and gender with the goal of making things more equitable in terms of who gets hired and promoted. The math problem described above is an important aspect to the conversation. But Archetypes can add a new dimension: diversity of perspective.

As we learn the storylines of others on the team, we see how our own stories color the lens through which we see the world. We see that our lens is subjective and that there is more than one way to approach any challenge. Even when we disagree, we start to appreciate other perspectives as adding value.

So much emphasis has been placed on understanding our differences that there’s a tendency to get defensive about our place in history and to judge behavior. But when we get to know ourselves and our colleagues through their Archetypes, we see that no matter how different we look, we also share the same stories. In fact, you can share internal motivational patterns with people that may seem very different from you on the surface.

“Archetypes are round, where stereotypes are flat. Archetypes invite us into a shared journey; we become a collective. And with that shared story, that human connection, we are understood.”

3. Archetypes make it safe for all of you to show up.

During our recent diversity panel, Susan Morgan Bailey, Vice President, Culture & Wellbeing at Marsh McLennan Agency, shared a story about Henry Ford’s frustrations in hiring, “Why is that every time I ask for a pair of hands, they come with the brain attached?”

Says Bailey, “The people we hire come with even more than a brain, they come with the whole story of their lives up to now.”

The universal nature of Archetypes gives people permission to show up fully, sharing insights about how their past and personal experiences have shaped their motivations and ideas at work. They feel seen and they feel safe.

There are no good or bad Archetypes, rather each pattern exists on a continuum with our biggest strengths sometimes leading to the biggest challenges. CultureTalk Certified consultant Leslie Kendall finds the work supportive of personal growth. She says, “Knowing your shadows gives you an intrinsic idea of where to focus.”

There is a lot of research on what makes teamwork work. Google’s Project Aristotle found psychological safety and a willingness to be vulnerable was the first and most important attribute of a successful team.

In his NYT bestseller Culture Code, Daniel Coyle names three things that are needed for a strong culture or team: Safety, Vulnerability and Purpose.

And in Patrick Lencioni’s classic allegory, The Five Dysfunctions of a Team, he identifies a ‘lack of trust’ as the underlying cause of all dysfunctions – and says that building trust is fundamental to making teamwork work.

Teams that get grounded in Archetypes build trust quickly. These stories provide a shortcut to understanding that evolves into appreciation and compassion. Collaborations become more productive with each person contributing in ways where their motivations and strengths are aligned. Conflicts too can be put to good use as we rely on others to challenge our ideas, to see what we don’t see.

While the world seems stuck in an endless loop about what’s not fair and who is to blame, businesses need to move past conversations and into strategies that leverage diversity to new levels of success. With Archetypes, leaders and teams can develop a competency we call Narrative Intelligence.

Narrative Intelligence enables us to read and respond to patterns of meaning and motivation in ourselves and others. More importantly, we can then reframe situations interpreting circumstances and managing behaviors in more inspiring and generative ways.

In a recent interview, Padmasree Warrior, an Indian-American businesswoman and former CTO for Cisco and Motorola asked, “If you just focus on diversity and bringing people together – what good is that? It’s your responsibility to read the people you are leading, who they are – and how do they want to contribute? Are they happy? Do they feel like they belong?”

There are no shortcuts to real and lasting organizational change. But for leaders who are playing the long game, Archetypes offer a new opportunity. Archetypes help organizations establish a common language ­– one that the whole team can learn ­– they open up meaningful conversations and build trust and consensus around important issues including diversity.

If you are a consultant, coach or in-house L&D leader curious about bringing Archetypes into your leadership, team and culture-building initiatives, check out CultureTalk Certification.

If you’d like help bringing this system into your organization, we’d love to connect you with one of our CultureTalk Certified Partners.

PrevPreviousCan You Take a Look at My Resume?
NextArchetypes Collide at Work – The Lover & The RulerNext 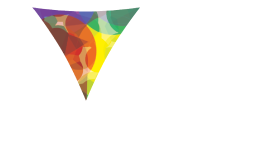