How to Become a Culture Conscious Business

By Andrea Cotter
Posted December 2, 2016
In Corporate Culture, The 12 Archetypes
How to Become a Culture Conscious Business2016-12-022016-12-07https://culturetalk.com/wp-content/uploads/2016/02/cultureTalk_Logo_SM2.pngCultureTalkhttps://culturetalk.com/wp-content/uploads/2016/12/statue-of-liberty-and-brooklyn-bridge.jpg200px200px
0
1

It is almost the eve of the December 19th Electoral College vote in the US and Americans feel as though we are on shifting sands oceans apart. Not since 1912 have “electors” broken ranks with their party affiliation and chosen a different candidate. This year, according to the US Guardian, 7 electors have already announced their decision to do so – one a 19-year-old teen voting in her first presidential election. Elder statesmen are shocked at the divisiveness; younger voters are dismayed at the lack of conscious leadership. How can we bridge this gap and reunite as a country, a community, or a business culture?

As the results unfolded on Election Day, I was in Australia – so far away that it was the next day. I was among non-Americans and in utter shock. What I felt, rather than a complete sense of loss, was that I had missed two very big considerations in the days and months leading up to the election.

We had stunned the world.

When I recovered from the initial shock and even before I arrived back on American shores, staring down at the face of Lady Liberty herself, I thought of what each of us could do, personally. How could we become more conscious of others and regain the confidence of other citizens in the world? How could we build a bridge and meet in each other in the middle?

As a businessperson, I started looking for companies who practice this kind of consciousness as part of their core work and I thought about how Archetypes could help us understand each other in a more human way. I found lots of existing role models – ones with which many already have a relationship or maybe should. Conscious Company Magazine’s December issue featuring global “game changers” was a great resource for company information and their Archetypal characteristics leaped off of the pages. Here are the ones I found:

“Life as it should be” – The Honest Company, Playa Vista, CA, founded by Jessica Alba whose mission is “to inspire and empower people to have a happy and healthy life.” The Honest Company accomplishes this by partnering with public and private healthcare, childcare and early learning institutions to create safe spaces free from unsafe or unhealthy ingredients. Alba has been an exemplar of concern for babies and their homes by selling and promoting clothing, toys and other products made from only non-toxic ingredients.

“Take control and lead” – GameChangers, Encinitas, CA, founded by Andrew Hewitt who decided to defy the profit-at-all-cost mentality and created a company that redefines success. He selects and ranks companies all over the world that provide their employees, and clients, a deeper sense of meaning while still meeting financial and personal needs. He does this by “separating performers from pretenders” and by using a badge system for proof of practice criteria in areas such as tribe culture, benevolent benefits, remarkable customer care, and partnership for the planet.

“Laugh and the world will laugh with you” – Dr. Bronners, Vista, CA, since 1948 a quirky family company selling organic, Fair Trade soap products with old-fashioned labels that list company and product facts in a fun way, calling upon “door-to-door” potion selling in a purposefully charming way. On their website, they share a video called Dr. Bronner’s Magic Soapbox which tells how they came to be, complete with folksy images and music. Their supporting Archetypes of Magician and Everyperson are certainly at play as well.

“Make your vision a reality” – Terracyle, Trenton, NJ, a company that specializes in creating recycling systems for the hardest-to-deal-with trash such as old CD’s, cigarettes, and stuffed animals. To do so, they partner with major consumer-goods manufacturers such as Kraft or Proctor and Gamble and they have a network of “collectors” that range from schools to individuals who get paid to help collect otherwise non-recyclable materials. Their vision of the possible led to a $15.6M donation to charities as of 2016.

“Let me be free” – Patagonia, Ventura, CA, a brand with a deep connection to the outdoors visibly represented in all their communications and practices. They have publicly supported the protection of rare and beautiful spaces where they and their clients enjoy outdoor activities. In town halls and capitals, they keep the pressure on elected officials to protect ecosystems, recreational attractions and free-flowing rivers. They have even produced a film called “DamNation” and screened it in a Washington, DC visitors center to educate for environmental advocacy.

“Pair art with science” – Eileen Fisher, Irvington, NY, a women’s fashion company creating simple, elegant styles in natural fabrics. The company relies on the availability of cotton, linen from flax, rayon from trees and other fibers “from the land.” As such, climate change poses a threat to their supply chain and they are actively participating in events and advocacy on a range of policies from safer chemicals to paid leave. Eileen herself took part in advocacy for the Paris Climate Talks.

“All for one and one for all” – Change.org, San Francisco, CA, a free, open online platform that allows anyone to start a petition campaign. It mobilizes people globally to create change in over 196 countries with projects that aim to stop bullying in schools or end acid attacks in India. Nearly every hour a petition achieves a victory. True to Everyperson, they are honoring the common, honest and hard working man and woman by creating a way for them to have a voice and the means to live to their potential.

“Make people a priority” – Novo Nordisk A/S, Bagsvaerd, Denmark, a company leading the way in helping people with chronic diseases such as diabetes. They supply half of the world’s insulin and offer reduced prices in developing countries. They care about promoting long-term human health and actively measure their environmental and social impact to insure that they live their commitment to society.

“Bring it on” – Vancity, Vancouver, BC, Canada’s largest credit union which has become the first North American financial institution to become carbon neutral. While many financial institutions claim to be a Hero, Vancity actively demonstrates a commitment to be a bigger, braver and stronger lender to the planet with a fifth of their $4.5B loan portfolio invested in impact enterprises.

“Share feelings and experiences” – Natura, Cajamar, Sao Paolo, Brazil, South America’s largest cosmetics company tapping into our sense for what’s right through the way they practice business. They own the distinction of being the World’s largest B Corp, a certification given to companies that meet rigorous standards of social and environmental performance, accountability, and transparency. With the vitally important Amazon forest in their backyard, Natura believes in driving improved relationships through partnerships and their workforce. They have over 1.3 million salespeople called Natura Environmental Consultants.

“Conventions were made to be broken” – Recology, San Francisco, CA, a company that offers commercial and residential recycling, composting and garbage services within communities in California, Oregon and Washington. They have a radical goal called Waste Zero – to create a world without waste by shifting their mission from waste management to resource recovery. They are actively developing an infrastructure of machinery and technologies to extract and sort raw materials and to close the loop from waste to reuse.

“To know is to grow” – Roshan, Kabul, Afghanistan’s largest mobile phone and telecommunications company that aspires to “bringing you closer” or Nazdik Shodan. They offer crucial job training and opportunities to Afghan nationals with a workforce that is 20 percent female and a community engagement arm that builds schools. Their commitment is not only to help rebuild Afghanistan’s economy but to include it’s people along the way, supporting every endeavor to learn with the belief that more knowledge helps everyone.

These game-changing companies have made it part of their core purposes to find bridges of understanding and compassion among their employees, their clients, their communities and the world. And they are profitable and successful in doing so across rivers and oceans and huge swaths of the globe. Have you thought about your business culture and core purpose? There has never been a better time than now to look inside ourselves for answers, as companies and as leaders.

Lastly, after completing all this research, I concluded that the bridges exist – we just need to choose to cross them in our beliefs and by our actions. One thing that I know we can all do as we contemplate our own goals for 2017 is to consider the charitable organizations in our communities and decide to include one of them in our holiday giving. And, I invite you to share in our goal for 2017 to grow as a conscious company.

Andrea Cotter
Andrea Cotter is a founding partner of CultureTalk and entrepreneur. With work-life experience around the world, she guides others with her profound insights on brand cultures and the power of storytelling.
Recommended Posts
Comments 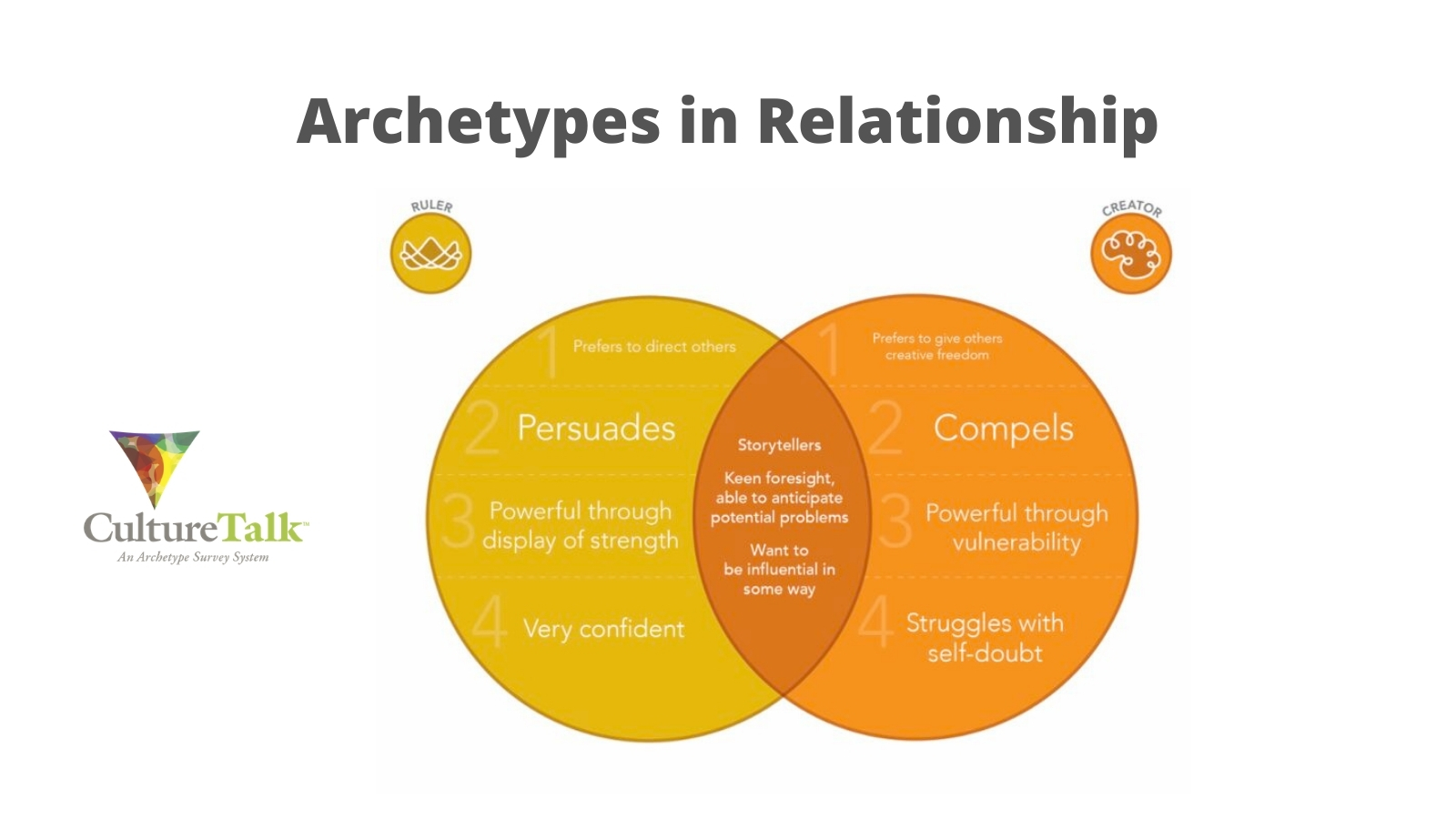 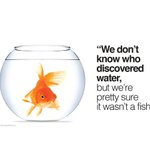 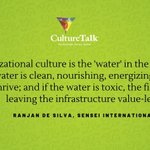